In the near future, a Japanese scientist engineers a powered exoskeleton called "Infinite Stratos" (IS). Possessing technology and combat capabilities far more advanced than any other weapon system, the IS threatens to destabilize the world. Faced with such an overpowering weapon, the nations of the world enact the "Alaska Treaty", which states that IS will never be used for military combat and that existing IS technology must be equally distributed to all nations, to prevent any one nation for dominating the others. The introduction of the IS does, however, have a major effect on society. As IS can only be operated by women, the power balance between men and women is broken, with women coming to dominate society over men. Ten years after the first IS were introduced, the world has entered a new age of peace. The peace is shattered, however, by an unexpected discovery. A 15-year-old Japanese boy, named Ichika Orimura, is discovered to be capable of operating an IS. Realizing the potential, Ichika is forced by the Japanese government to attend the prestigious Infinite Stratos Academy, an international academy where IS pilots from all over the world are trained. Thus his busy school life surrounded by girls begins. 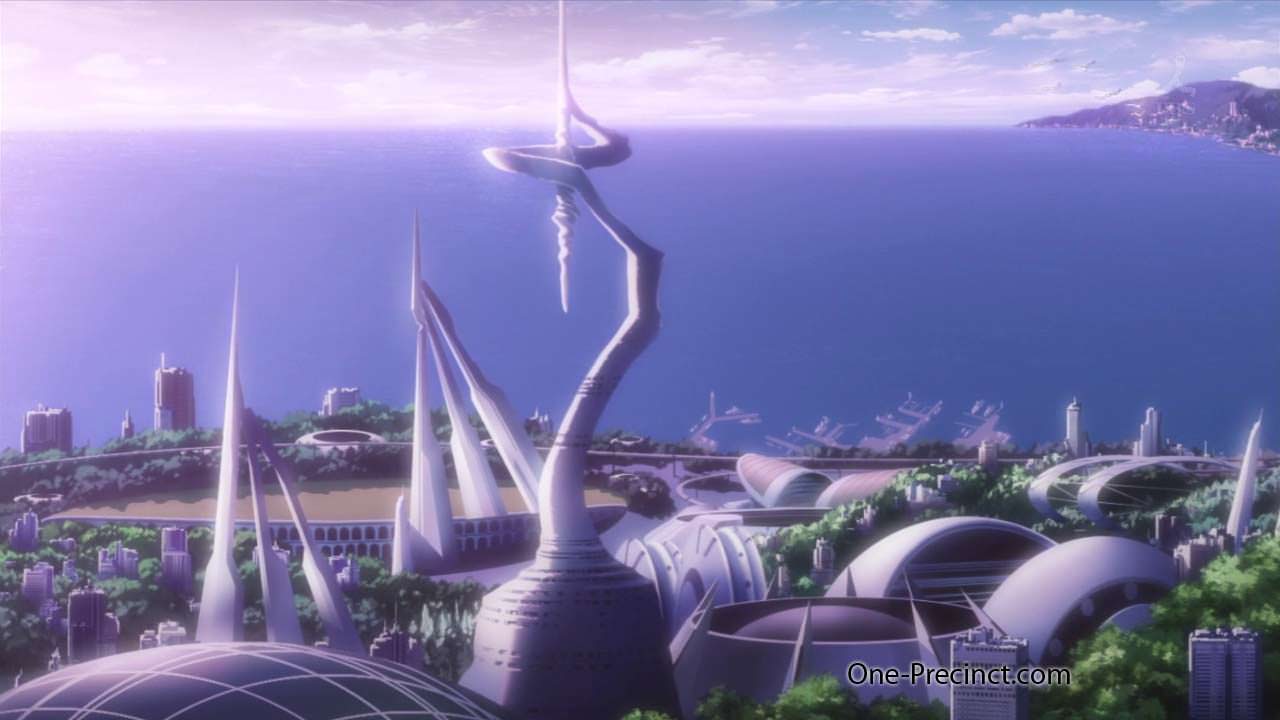 IS Academy is an academy where Infinite Stratos users from all over the world come to learn how to effectively pilot an IS. It is a boarding school comprising of mainly girls, even the staff are women who double as instructors due to their former status as pilots or test candidates. The academy has only one male student, Ichika Orimura.

History & Reason for the IS Academy

The IS Academy is, as its name suggested, an educational corporation meant to nurture IS controllers. The Japanese government sees it as a principle and duty to fund it and run it. However, the results of the research are revealed to the entire world due to the common agreement, and at the same time, Japan has no right to neither remain silent nor hide them. No matter what happens in this school, the Japanese government has to intervene fairly and has the obligation of settling these under the premises that the other countries in the treaty have agreed on. Also, the school has opened its doors to foreign students without any conditions, and the Japanese government is to provide protection—as according to the contents of the IS treaty regarding IS pilot training agencies. This is the school’s code of discipline.

Ichika's idea about the IS Academy's situation was "Basically, it’s like ‘you damned Japan, creating that IS and causing chaos in the world, at least you should build a school to train people in this field of discipline. Hand over your research and technology. Ah, you’ll bear all the financing costs’.

Design and Technology of the Area

It is built on an offshore island which can only be reached via a monorail connecting it to the mainland. It has a decidedly futuristic look, with all its domes and a branch-like tower in the middle of it. There are plenty of trees and parks to tone down the metallic look. The buildings are designated in different places to differentiate their purposes, such as the dormitories being next to a small bridge with trees and a small river under it.

Technology-wise, it is about as sophisticated as it can be. The classrooms are fitted with holographic desks which show the name of the student when called upon (like when Ichika is supposed to introduce himself, his name appeared beside him) and a holographic chalkboard. There are various "shimmering" holograms that appear all over the academy. There is a large moving holographic strip alongside the school building to broadcast pretty much everything, like weather, temperature, etc.

Due to the social status change that has come about due to the appearance of the IS, a few of the girls are generally arrogant towards the males because of their abilities to pilot an IS. But at the same time, the entire school population of girls are somewhat naive and curious about the opposite sex, as most of them are from all-girls schools. (Since females are the only ones who can pilot an IS, the government set it up such that children at a very young age are separated into same-gender schools, and it spent more funding on the girls' side).

Their knowledge of boys seems to be mostly from Boy's Love (Yaoi) Comics, as they were blushing at the idea of Ichika and "Charles" holding hands, and their comments of them sticking together for the selection matches. So they are very interested in Ichika (being the first male to pilot an IS), and often try to take the initiative to talk to him, and try to get the upper hand above the rest (like how a senior tried to discourage Houki from teaching Ichika about IS, saying that she has more experience than her). They likewise become very excited and motived when he's around or any chance to be around him (something that was taken advantage of by Tantenashi Sarashiki during the school festival by giving away the right to live in the same room as him in a contest in exchange for them to vote for the Student Council).

The uniform is standard among the entire school, white blazer with long sleeves and a skirt, with variations among the IS Candidate Representatives (a few normal students also have their uniforms customized). The only way to tell between the years are their neckties, which are different colors (blue for first years, yellow for second years, red for third years.)

When the students are doing IS training, they switch to a tight-fitting suit (similar to a one-piece swimsuit) and leg stockings that reached to their thighs. For the female Representative Candidates, they wear the same suit with varying colors, while Ichika wears a tank top and Bermudas of similar material.

As it is a school, there are different clubs for the students to do extracurricular activities. The Student Council helps to manage the clubs by sending them aid and set up events to promote their works and attract new students to the school.

In the light novel, Ichika was forced to become the Vice-President of the Student Council, so that Tatenashi can keep an eye on him. However, she gave him trouble by "loaning" him to clubs under the pretense of giving aid, when it was meant to silence the girls who were complaining about Ichika "being monopolized by the Personal IS Group".

Being the only IS Academy that teaches users how to pilot an IS, security is of the utmost importance. No unauthorised personnel can enter the IS Academy. For anyone who wish to be admitted into the IS Academy, they would need to be recognised by their respective governments to have the talent. The only exception was during the cultural festival, where the students are allowed to bring in guests, provided they have a pass to get in with.

Around the Battle Arena, there is an energy barrier similar to that of an IS (only stronger), meant to contain the amount of damage within the area, and also to keep unwanted interference. Should there be an intruder in the area, there will be a security lockdown, with shield barriers up to Level 4 (apparently the highest level possible) and shield shutters to partition the entire place. The teacher instructors will then come out in their IS (supposedly the Rafael Revive Basic models) to deal with the intruder.

Pages in category "Infinite Stratos (IS)-1"

This category contains only the following page.